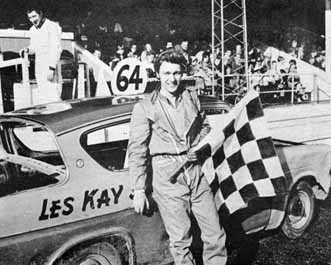 The points for the 1970 season were awarded as follows:- 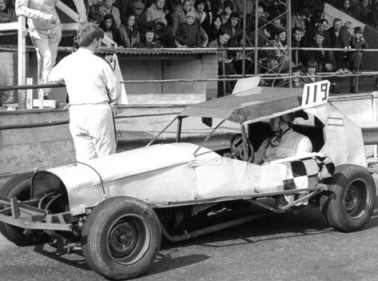 Alan Neilson made a great leap forwards from the previous season capturing no 1 in  the points from 5th in 1969 & demoting Malcolm Paterson to 2nd from top position he had held in 69 & 68.
Dougie Farrer 3rd in the 1969 Saloon Stock points table, (only 1 point behind Mike Reilly & 4 points behind winner Les Kay, how's that for a close finish?) had brief try in Superstox in 1970, but put his car up for sale mid April. He rejoined the Saloon Stocks about 50 points behind the leaders, by the end of the season he was 4th including 6 wins. While 6th in the 1969 Saloon Stocks table Ronnie Nisbet also made the transition but with a lot more success finishing 8th in the Superstox points in 1970 & capturing the East of Scotland Championship, one other final & five heat wins.

Also worthy of special mention for the 1970 season was Gordon McDougall, finishing 3rd in the points championship, & winning the Scottish, Open Scottish , & West of Scotland  Championship.
In preparation for European Championship at Cowdenbeath in 1970, Gordon had some additional practice by taking in some racing at Walthamstow & Wisbech, and achieving a 2nd at the previous Wisbech, however unfortunately he failed to finish in the European. 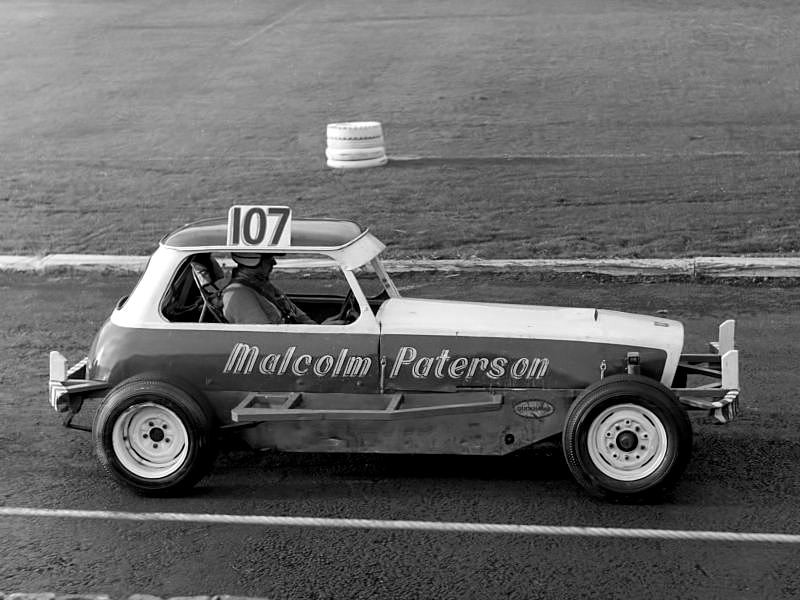 The stats for the most wins in 1970 were as follows:-
For these purposes the European, Open Scottish, UK Challenge Cup & "Cock of The North" (Final & Championship  winners race) are counted as finals. 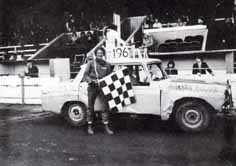 Les Kay continued his dominance in this formula, having won the inaugural points championship in 1969 (the class having been introduced on 28th September 1968 to Scotland).

Malcolm Watt started the season in blistering form, taking two firsts and three seconds in the first five finals to top the points chart - then packed up? He re-appeared with a Hot Rod later in the season and managed to get a 9th at Wimbledon in his Imp.

An interesting aside was that racing was taking place at other non Spedeworth Scotland venues, as in the programme 30.08.70 it was announced that a penalty of a 3 week ban had been placed on driver 133 James McNeill in that he allowed his car to be raced at another raceway.
Driver 20 Dave Nelson was banned for 6 weeks for assisting at another raceway & allowing his mechanic to race at another track. Losing all points & prize money from meeting on 23.08.70.
Dave Nelsons mechanic Graham Reid was banned from all pits & track area for the 1970 season.
If anyone can advise me where these misdemeanours took place, I can update this section accordingly.

In all probability it was at Corbie Wood near Bannockburn. The first meeting there was scheduled for July 5th when the Spedeworth Superstox would be away at Ipswich. The promoter was Bob Forsyth, he was hopeful there would be over 50 Saloon Stocks at the opening meeting. They were hoping to gain the bulk of their competitors & spectators from the Edinbugh / Glasgow areas.

At the 4th grading period 1970, the number of Saloon Stock red tops was increased to 9 & the number of blue tops to 12, still no yellow tops though.

In the end though this season of Saloon Stock racing was totally dominated by Les Kay, in a season where 40 or more cars were in attendance at 8 meetings and the average was 36 over the season.
To a number of the Superstox aficionados (drivers & spectators) that looked down on this style of racing, even in a formula where biff and bash were the order of the day, this demonstrated that driving skill & car preparation will produce the results. Les winning no less than 30 races with a further 8 runner up positions. The Scottish Championship & the Final / Championship winners race (Cock of The North).