The points awarded for 1974 season as follows:-

The car averages for the year were also down, however records of car numbers at  present only account for less than half of the meetings. Nonetheless based on the records available The Saloon Stocks averaged 26 cars down 7 on 1973, Superstox 20 cars same as 1973 & the Hot Rods at 10 cars down from 13.

The highest attendances for the Saloon Stocks were 33 cars on the 16th June. The Superstox  highest 24 cars on the 21st April for the Open Scottish, and on the 19th May. The Hot Rods highest was for the Open Scottish on the 29th September and bizarrely for the end of year meeting on the 29th December, usually the poorest attendance for all formulae.

One of the persistent problems with the roof grading system, had been star drivers missing meetings, or returning to racing during a season & being downgraded at the start of the next points period. Undoubtedly a small minority engineered this situation to a greater or lesser extent, especially when coming up to major championship meetings.
Restrictions as to how far & quickly you can be downgraded were introduced & this was an improvement. However in 1974 an average points system was introduced which very quickly turned into a farce, and devalued the national points system. The charts as we progressed through the season had lists of drivers who had missed meetings, or even worse, points awarded when not racing at all. One result of this was that drivers that turned up every week could be disadvantaged.

More tinkering with the superstox points allocation for races was introduced for 1974. Saloon Stocks & Hot Rods remained as before.

In the programme 11.08.74, Roy Cecil was congratulated on his 10th season of stock car promoting.

Creditable performances away from home this year included the following:- 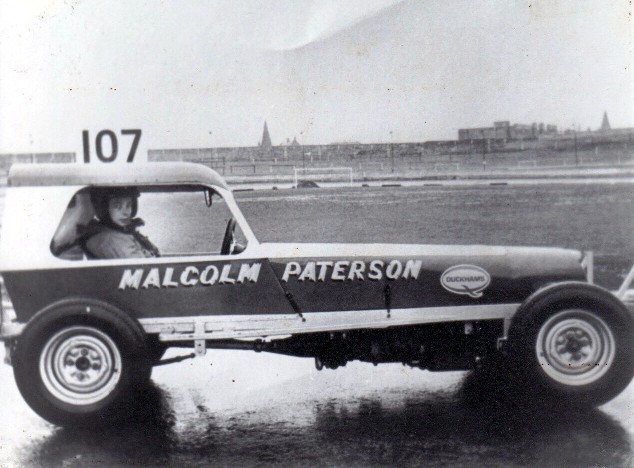 No apologies for using yet another photo of the great Malcolm Paterson (photo knockhillimages.smugmug.com) 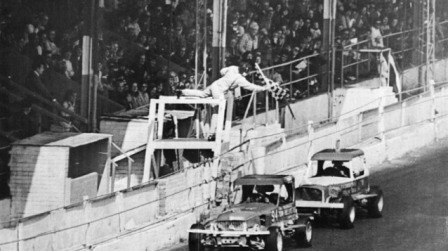 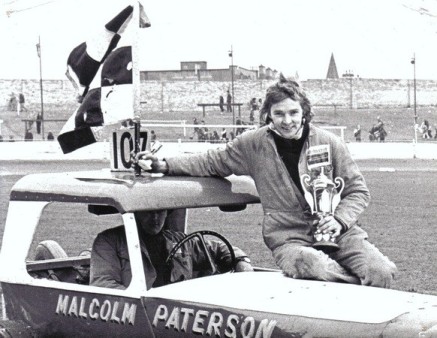 Abruptly on 26.05.74 after coming third & second in his two heats the previous week & currently 2nd in the points chart to Malcolm Paterson, Ronnie Nisbet announced his retirement due to medical grounds, though not sure of the exact circumstances relating to his retirement, Ronnie was a very tall man and used a neck & back brace. One of Scotland's great stock car drivers, even though 6 years could be considered as a relatively short career.

Ronnie had commenced his stock car career in 1968, being one of the pioneering Saloon Stock drivers who took part in Scotland's first ever race for the formula in 1968, in which he finished 2nd. He went on to win 4 other races in the class before moving to Superstox 1969 where he won 2 heats that year.

His career in Superstox saw him win a total of 14 finals & 36 heats.

All this in an era competing against a contender for Scotland's greatest ever stock car driver Malcolm Paterson.

Top Superstox driver Alan Neilson also retired but said he would back later, he had just taken over a new hotel.

NOTE that the UK Challenge Cup is not listed in the results, it was scheduled to take place at Ipswich on the 28th September. It never took place.

The stats for the most wins in 1974 were as follows:-
For these purposes the  British, Open Scottish, & "Cock of The North" (Final & Championship winners race) are counted as finals.
Malcolm Paterson totally dominated 1974 with 19 final wins & 20 heat wins, next best was John Duncker with 3 finals & 5 heat wins. You may think that this was just a continuation from the previous season, with Malcolm's total of 18 finals & 23 heats, but at least in 1973, 26 finals were won by other drivers. In 1974 Malcolm beat the total combined by other drivers of 14 by 4.
Naturally he was the Scottish Points Champion but also won the British, Open Scottish, East of Scotland & Cock O The North.
Awesome. 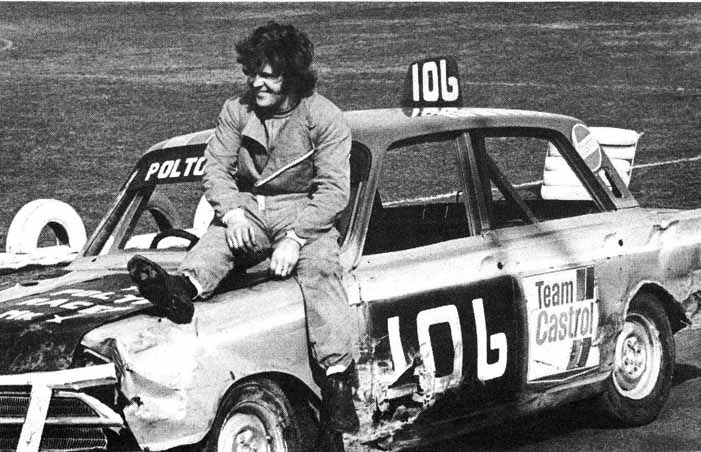 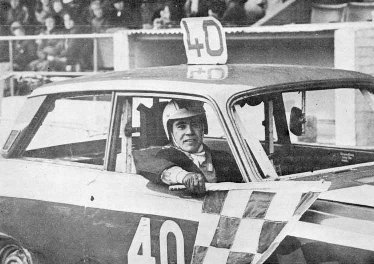 Top Saloon Stock driver Jack Keeton retired in 1974, getting married , but said he would be back.

Kenny Ireland demonstrated to the rest of the country, what Scotland's Hot Rod supporters already new, in the 1974 World Hot Rod Championship at Ipswich, when starting behind Barry Lee around 6 rows back on the grid, in attrocious weather conditions, he followed Barry through to 2nd place, and then with around a third of the race completed, passed him and pulled out around a 50 metre lead.
Unfortunately Kenny got held up by a group of back markers all having their own race and were spread across the track, Kenny gradually picked them off until he got behind fellow Scotsman John Kirk, Kenny spent a couple of valuable laps trying get past and then as he went by on the outside John seemed to drift wide and Kenny brushed the fence, sadly enough to force him out of the race. Barry Lee swept through to win the race.


It has been said that there was a "physical" excahnge of views in the pits after the race, between the two Scottish protaginists. Kenny assures me this is not the case. Some of Kenny's fans may have got a bit excited afterwards & the incineration of a caravan may have been suggested! However nothing came of it all.
This race is available to view on You Tube - it is well worth a watch by clicking on this link. 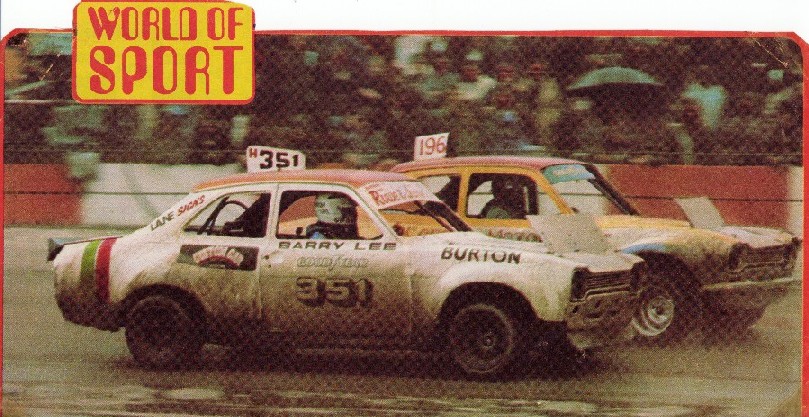 With all this hoopla with regard to Kenny it should be pointed out that Les Kay came home for a brilliant 4th place in the race.

It was proving difficult to discipline the antics of the Hot Rodders so in a bid to rectify this it was announced in the 28.04.74 programme that the Clerk  Of The Course duties for (The Hot Rods only) would be taken over by promoter Roy Cecil & son Nigel Cecil, with the intention of being far more strict with black crosses & disqualification.

A staggered start was introduced for the Hot Rods incorporating standing start for the final.
That is 2 cars, 1 car, 2 cars, 1 car.

The British Hot Rod Championship was held on the 3rd August at Wimbledon. Scotland's representatives were Kenny Ireland & Malcolm Watt. Kenny managed to draw pole position on the grid & Malcolm Watt drew 7th. The big threats in the race were of course George Polley who was in 2nd last position on the grid, Barry Lee in 11th. & Duffy Collard in 10th.

Kenny drove brilliantly over the 50 lap race but he just couldn't hold off the battling duo of Duffy Collard & Barry Lee. However 3rd was indeed a great result.