The points awarded for the 1973 season were as follows:-

Stock Car patrons might have been a bit disappointed in the car turnout for the first meeting in 1973, 38 different Saloon Stocks & 25 different Superstox, Saloons down 9 or about 20% on previous season, the Hot Rods had a 100% increase up from 9 to 18 cars.
The Hot Rod influence was now definitely affecting the numbers in the other formulae. Drivers were migrating from the Saloon Stocks to the Hot Rods, the Superstox were down 3 from 1972.

However the car average was to go down over the season with the average attendance for the Saloon Stocks, down a further 5 on the previous season or 30% in two years to 33.
The Superstox suffered worse over 30% in one year to 20. The Hot Rod numbers went up 3 to 13 cars. The pattern seemed to be the Saloon Stock drivers trying out Hot Rod racing instead of moving on to Superstox.
The Cowdenbeath track has always been less than ideal for Hot Rod racing and extensive damage & resultant additional expense would become part & parcel of the Hot Rodders life in Scotland.
Unfortunately many gave away oval racing entirely. I would argue the introduction of Hot Rods was worth it and in any case in the end there, was no choice. The Hot Rods were becoming the Spedeworth organisation's premier formula, - Spedeworth Scotland just had to be part of it. Although car numbers never got large, under the Spedeworth Scotland promotion, some of Cowdenbeath's largest crowds turned up for the International Hot Rod meetings.

The highest attendances for the Saloon Stocks were 40 cars on the 18th March & 15th April.  The Superstox highest 26 cars on the 25th March, 4 cars down on last years average!
The Hot Rods mustered 23 cars for the Open Scottish on the 8th July.

The honours for the 1973 season were as follows:-

Note on points totals
Final published points totals not available, points calculated from the last published total, up to the end of the 7th grading period on the 30th September, with points to end of season added. Therefore no data on white tops points accrued. 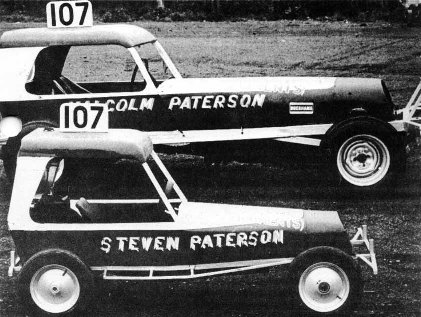 Steven went on to win the Scottish F2 Points in later years (not in this car though!) (photo knockhillimages.smugmug.com)

In the programme for the Scottish Saloon Championship 1973, Gwen discussed the previous meeting - the UK Challenge Cup. English visitors were down on that promised and Bob Perry (E217) was put out of the days racing in a dramatic & uncalled for way, the guilty party was? not named! However Derrick Warwick (E221) managed to gain a couple of 2nd places "a real future champion, I feel sure".

The 1973 World Championship at Wimbledon saw Scottish representation from  Tennant Douglas, Gordon McDougall, John Duncker, Vic Russell, Bill Pullar, Kenny Ireland, Bill Crawford & Ronnie Nisbet. You will note Scotland's top driver was missing, -Malcolm Paterson - winner of 18 finals and 23 heats in 1973, a glaring example of the crazy Spedeworth Scotland qualifying system (designed to get the best drivers on the grid for the championships - according to the promoters), but actually designed as a promoting opportunity.
Malcolm had been a hot tip to win the event in 73, even Arnold Leroy, one of England's leading Stock Car scribes tipped Malcolm to win it in the actual meeting programme!
For the record young Derek Warwick won from Dave Pierce & Tony May. 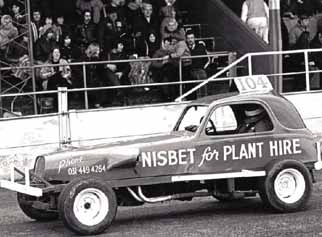 Ronnie Nisbet next best to Malcolm Paterson in 1973 (photo knockhillimages.smugmug.com)

Best away performances of the year - Ronnie Nisbet got 2nd place in the European Championship  to Tony May (E364) held at Tilberg in Holland, & Bill Crawford's performance in the British Championship at Ipswich, where he finished 6th, this was won by Bob Perry  (E217).

For these purposes the  Open Scottish, UK Challenge Cup & "Cock of The North" (Final & Championship winners race) are counted as finals.
Armadale heat results will be added when available.  Malcolm Paterson won most Armadale finals.

299 Davey Philp utilised the most modern of Saloon Stocks for the time the Escort Mk 1 to great effect in 1973 (photo knockhillimages.smugmug.com) 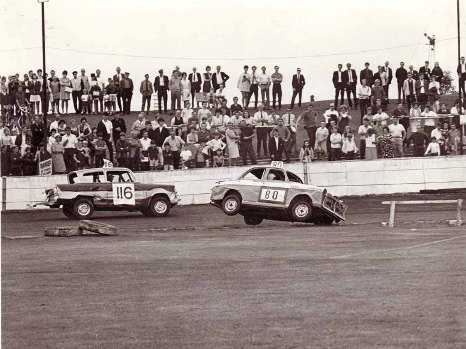 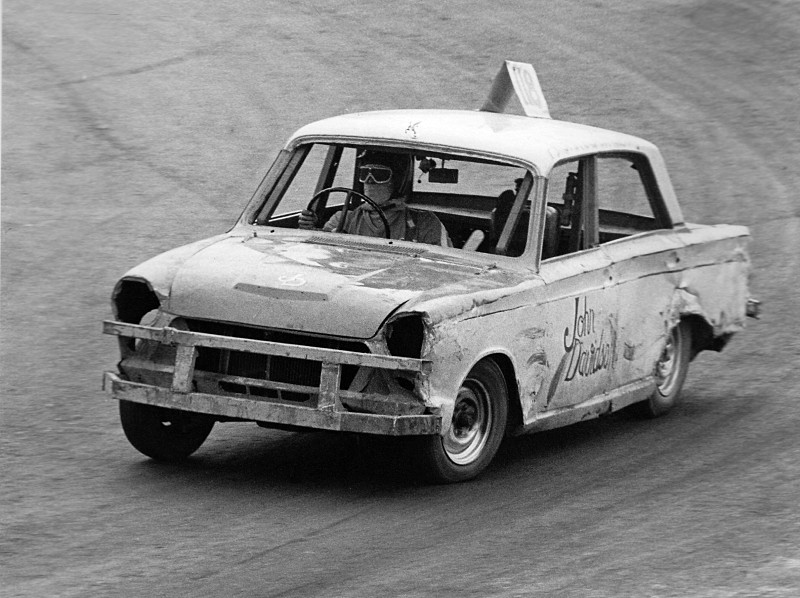 Johnny Davidson 1973 most wins by a mile, why not points champ then? (think it needs checking!) (photo Frank Love / Retrostox.co.uk)

The stats for the most wins in 1973 were as follows:-
Note the numbers of wins will be corrected when full Armadale results are available

Jack Keeton, Davey Philp, John Davidson, Doug Farrer, Fraser Dunlop & William Plank all raced at Wimbledon on 13th October for the European Saloon Stock Championship, there starting positions in the Championship race was as follows: 299 Davey Philp 4th, 222 Fraser Dunlop 13th, Willie Plank 19th, 23 Dougie Farrer 22nd, & 80 Jack Keeton 23rd, 118 Johnny Davidson doesn't look to have taken part in any of the races at the meeting. No Scottish drivers finished in the first six past the flag. As for the meeting itself the best results appear to have been gained by Dougie Farrer with a heat 7th & A consolation 7th.  I don't have the results information for the race at this stage, but hope to receive same shortly.

In the programme 14.10.73 comments on some fine racing by George MacMillan Jnr - "with a little more experience this lad could do well."  Another great prediction he went on to win the final at that very same meeting!

The stats for the most wins in 1973 were as follows:-
Note the numbers of wins will be corrected when full Armadale results are available.

Kenny Ireland  though having qualified for the Superstox Champion of Champions event  at the end of the season took part in the Hot Rod event, having acquired the ex Dave Bozzard Escort (99) the previous week, Dave having just used it to finish 3rd in the British Championship at  Wimbledon, behind George Polley (306) 1st & Barry Lee (351) 2nd.
Kenny won the final in his first Hot Rod meeting to qualify for the Champion of Champions race, in which he then went on to finish 2nd. signalling his intent for following season.

Large numbers of drivers qualified for the "Final Winners Only" races at the end of the season, however the actual attendees were down somewhat due to damaged cars, retirements, injuries & suspensions. Les Kay was the winner.